"you should cast him"

Along with all my actor friends, we're deeply impacted by what COVID-19 has done. Whether or not you're a performer, it is helpful to remember how many different people are involved in a single production--even a local community production. Costume designers and helpers (people who sow the buttons, hem the pants, etc.), lighting designers and helpers (those who hang the lights, focus the lights, add the color gels, etc.), technical designers and helpers (sawing the wood, drilling the pieces together, carving the set, etc.), prop masters and helpers (shopping for the various items needed for props and setting them in their place), stage managers and backstage helpers, directors, producers, choreographers, musicians, box office folks, ticket takers (often volunteers), and MORE. It's much more than just the actors you see on the stage during a show! This has affected us all in various ways. Theaters are now starting to open up and welcome audiences back, and for that, I'm grateful.

Thanks for visiting my page and reading this!

I returned to Theater Works (Peoria, AZ) for the first time since 2002. I played the fun role of Sir Evelyn Oakleigh, described as "bumbling but haplessly charming" and an "energetic, quirky, and good-natured aristocrat". My friend Michael Kary directed the show!

RUDOLPH THE RED-NOSED REINDEER: THE MUSICAL 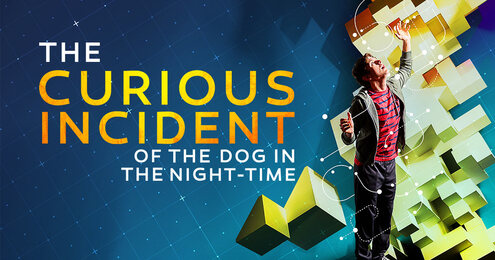 Not a kids show--but a powerful theatrical
​experience. ​I played five different characters as part of the Ensemble. This was my FIRST time working with Phoenix Theatre, and it was a delight.
​ 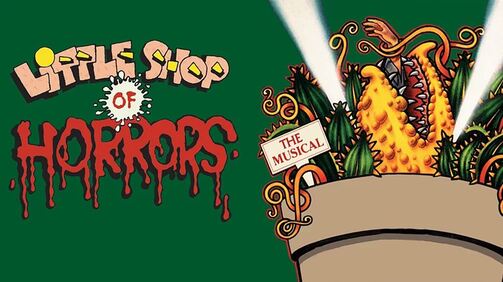 "Orin Scrivello, played to smarmy perfection by Jason     Hammond, represents the decay of human decency, as well   as the terror that enters the souls of those who visit the   dentist. Hammond leans into his role and does not shy   away from the depravity the character requires."
--Emily Noxon, Broadway World, 6/25/19

"Jason Hammond plays Orin Scrivello (D.D.S.) with a style   that is uniquely his own. Hammond's take on the demented   dentist is a mixture of dorky sex appeal and cruel delight."
--Carolyn Thomas, Phoenix Stages, 6/25/19
Winter 2018 - reprised my role as Santa Claus on the national tour of
Rudolph the Red-Nosed Reindeer: The Musical
Follow my tour adventures at my blog -- 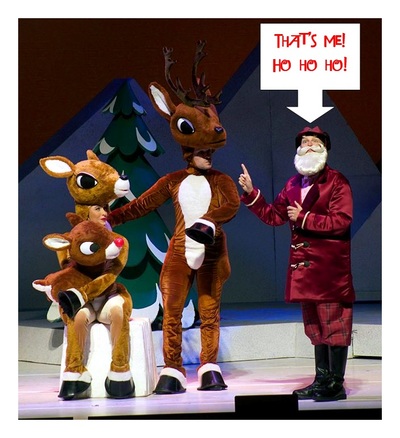 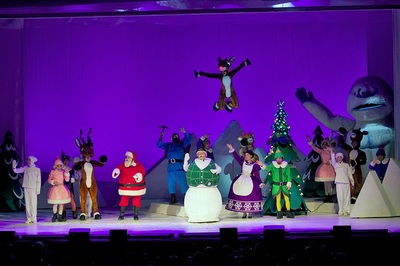 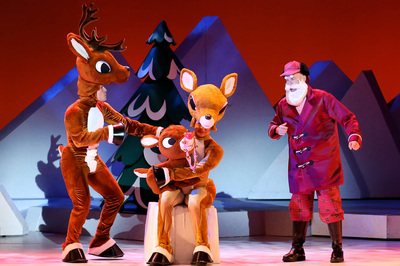 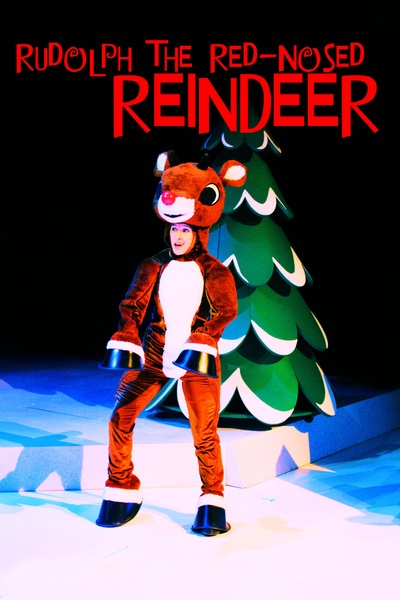 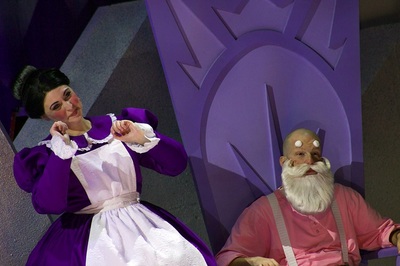 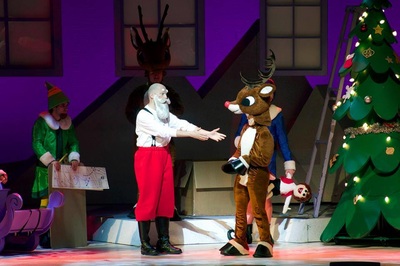 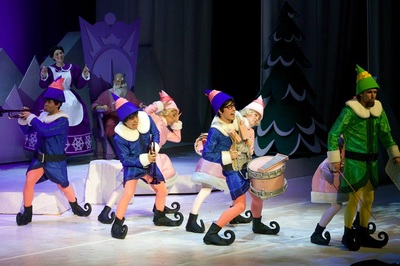 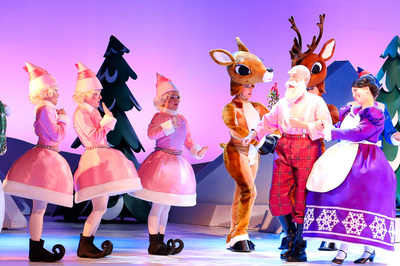 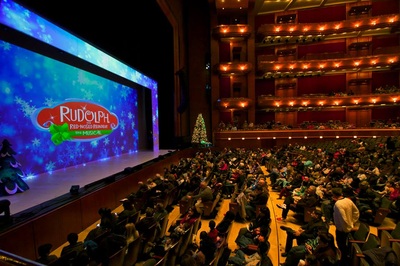 From the Balcony:  The Ultimate Phan 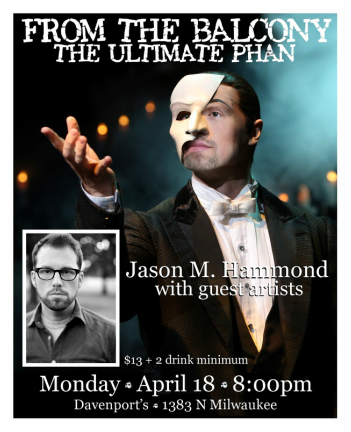 Chicago, IL – From the Balcony: The Ultimate Phan will play one night only on Monday, April 18, 8 PM, at Davenport’s Piano Bar & Cabaret, 1383 N Milwaukee Ave, Chicago.  Performer Jason M. Hammond will debut his one-man show about his life-long obsession with Andrew Lloyd Webber’s The Phantom of the Opera. Tickets are available by calling (773) 278-1830 or by visiting davenportspianobar.com.

From the Balcony: The Ultimate Phan is a tell-all cabaret on the subject of one man's love of The Phantom of the Opera. From meeting the stars to sitting in the make-up chair, hear stories and songs revolving around the longest running show in Broadway history—from a guy who loves it very, very much. Audiences will hear numbers from Phantom and Love Never Dies, Andrew Lloyd Webber’s sequel to Phantom, as well as other musicals. Those in attendance will also have an opportunity to try their luck at Phantomtrivia to win prizes and participate in a Q&A about Phantom history.

Special guests will include Emilie Lynn, who starred as Christine in three international tours of The Phantom of the Opera, as well as Fantine in Les Miserables at Drury Lane, Ellen in Miss Saigon at Paramount Theatre, and Babette in Beauty and the Beast at Chicago Shakespeare Theater. Also appearing is Chicago cabaret performer Scott Gryder, who will be showcasing his Emmy Award-winning puppet skills (WCIU's ‘Green Screen Adventures’). Read more about both special guests at emilielynn.com and thescottgryder.com.

The evening will be directed by Jeff Award nominee Christopher Pazdernik and music directed by Jeff Award winner Aaron Benham. Previous collaborations between Pazdernik and Benham include four hit cabaret revues at Davenport’s:  It’s an Art: the Songs of Stephen Schwartz; Nobody’s Side: Broadway’s Cult Classics; Un-Type Cast; and Carol and Patti: Together Again for the First Time. In addition to credits with musical theatre companies across Chicago, they are also co-hosts of the long-running live musical theater talk show, Option Up!, in residence at Stage 773. 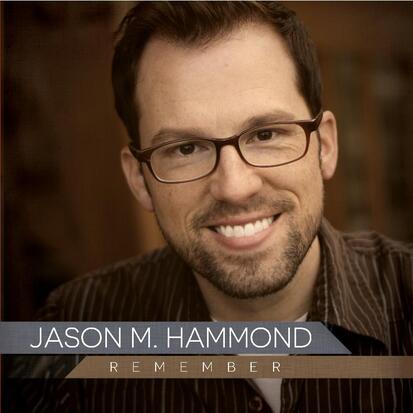